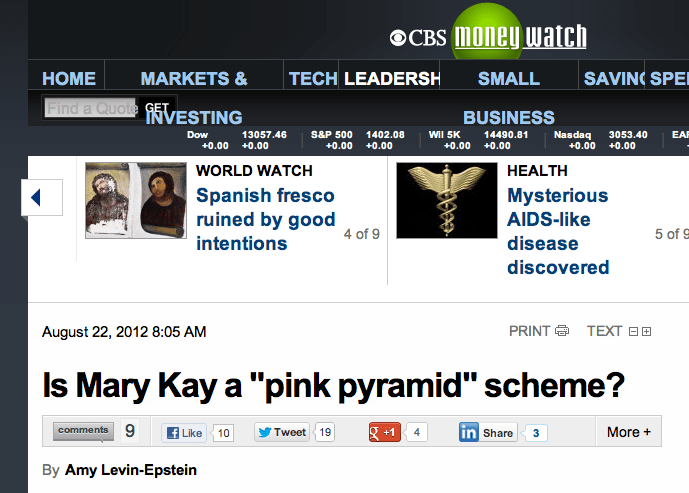 I did a really interesting interview this week with Amy Levin-Epstein, who writes for CBS MoneyWatch. We talked about why Mary Kay is so appealing to so many women, especially right now in the midst of our recession, which may actually be a mom-cession (so much for all that he-cession talk?).

Here’s part of what I told MoneyWatch.

The company’s founder, Mary Kay Ash, knew exactly why women were frustrated in the 1960s: the lack of gender equality, which meant they were dependent on their husband’s income and unable to make much headway in the workplace. But she also knew that a significant majority of women weren’t responding to the hardcore feminist revolution that say, Betty Friedan was advocating in “The Feminist Mystique.”

In a lot of ways, not much has changed. But here’s what has: We have 8.3 percent unemployment, and male-dominated industries have been disproportionately impacted during this recession in terms of layoffs, while female-dominated industries are continuing to underpay their workforces. [Women] still (very reasonably) want a career that offers personal fulfillment and flexibility. This is why direct sales, and Mary Kay specifically, is recruiting in such record numbers right now. Direct sales just requires you to put some product on a credit card and — bam — you’re “employed.”

You can check out the full interview over here.