Filing Under Terrible: Weight Watchers for Teens and Blue Apron for Poor People

Filing Under Terrible: Weight Watchers for Teens and Blue Apron for Poor People 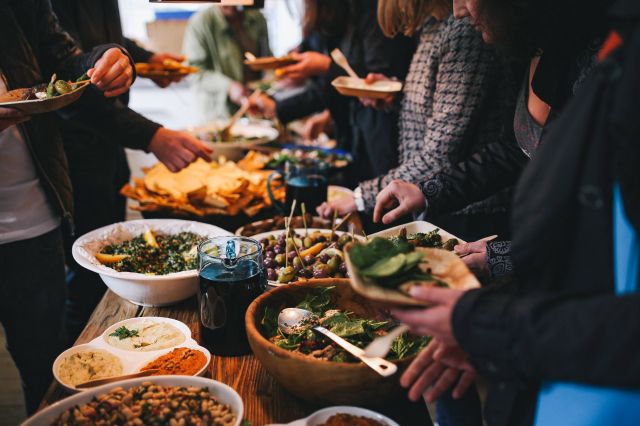 I’ve got two seemingly unrelated food things on my mind this week: Earlier this month, Weight Watchers announced plans to offer free memberships to teenagers this summer. And then last week, the Trump administration announced a proposal to replace half of a family’s food stamps budget with an “American Harvest Box,” of USA-grown food. White House OMB Director Mick Mulvaney described the new plan as “a Blue Apron-type program,” which was immediately mocked as an obvious reach. (Somehow I don’t see the USDA springing for full-color recipe cards — plus, what gourmet delicacy can you whip up with shelf stable milk, peanut butter, canned fruit and cereal?)

The common denominator in these stories is money: Weight Watchers is going to make it, because the teen recruitment plan is part of their mission to grow revenue to more than $2 billion by 2020. And the Trump budget claims to save it, by using their food boxes to replace half of the funds families currently receive via the Supplemental Nutrition Assistance Program, also known as food stamps.

But these plans are really about how we use food to control. They involve powerful people telling less powerful people what they can eat. And they’ve been put forth as serious suggestions because our entire food culture revolves around the belief that most of us (but especially children, poor people, and anyone with less power) can’t be trusted to make our own food choices. That’s why we turn to diet plans in the first place — because we feel out of control around food and get desperate for someone else to take over and tell us what we can and can’t eat. And that’s why the government and public health community have a long and problematic history of delivering nutritional edicts to poor people. (Remember last year when everyone freaked out about poor people buying soda on their food stamps only it turned out they weren’t really doing that?) Children are particularly prone to being mistrusted around food; parents worry that they’re too picky, or love sugar too much and green vegetables not enough, and by the time they reach their teenage years, they’re combining all of those messages with our culture-wide anxiety about body size and shape. Putting them on a diet plan that trains them to think about food in terms of points will only take them further away from understanding their own hunger and fullness cues.

The intuitive eating community has done a great job of responding to the Weight Watchers thing: I especially like Rebecca Scritchfield’s Washington Post piece, and the #WakeUpWeightWatchers thread on Twitter is full of gems. And the holes in Trump’s food box idea basically poked themselves (for starters, the $129 billion it claimed to save didn’t factor in how they’ll actually ship boxes of food all over the country…). In both cases, the backlash has been quick and potent and will hopefully ensure that neither plan gets off the ground, though Weight Watchers is still clinging pretty hard to theirs, tweeting last week that they were offering “a program that guides healthy habits for life, not a diet.” (Related: When will the diet industry realize that we’re onto their “but it’s a lifestyle!” trick?)

But even if both of these turn out to be much ado about nothing, it won’t be long before we see them rebranded and reintroduced one way or another. And we won’t stem the tide until we reject the entire notion that anyone else should be allowed to tell us what to eat. Yes, even if they’re footing the bill. Maybe there is no free lunch — but sacrificing personal agency around food is too high a price for anyone to pay.

***
Want to be in an article?
A quick call-out for a new feature I’m writing: I’m on the hunt for couples who approach parenting and domestic life with a 50/50 mentality. (Even if every day doesn’t totally square up that way…) We’re especially interested to talk to a divorced couple who still manages to happily and equally co-parent, as well as parents pulling off a balanced split around demanding careers or in tough financial circumstances. Email virginiasolesmith@gmail.com if you have a story to share. (We will want to use your names, kids names and ages, and probably a family photo.)

Click here to tweet this: Children need to learn to trust their eating instincts, not count points. More from @v_solesmith: https://tinyletter.com/virginiasolesmith #WakeUpWeightWatchers

And here’s the direct link to subscribe to my newsletter.