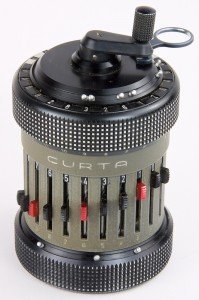 Today we’re going to talk about part two of your business plan: Financial Goals. This is where sh*t gets real, people. Break out the calculators! (I am so amused by me talking authoritatively about math, I can’t even tell you. Somewhere, my high school math teacher Mrs. Hayes is having the best day and she doesn’t even know why. It’s because all those hours you spent in after school study help, dragging me through quadratic equations were not a waste, Mrs. Hayes!*)
So let’s break this down.

This is, easily, in my top five favorite things about being a freelance writer. You get to decide how much money you’ll make. In what other job can you name your own salary? Unless you are very fancy and being chased by many headhunters for something, in which case, why do you need me?

Of course, there are extenuating factors. Some are within your control: You may choose to earn less because you’re focusing on getting your byline into some fancypants places that are more about the flash than the cash. Or you want to spend a good chunk of this year writing a book proposal, which doesn’t come with a guaranteed paycheck. That’s cool – it’s important to pick an income goal that is compatible with your professional goals. Obviously, keep in mind your actual expenses and set a goal that enables you to afford your lifestyle — but don’t be a slave to a bigger number than you need if that might keep you from having time to work on those passion projects.

But even once you pick a number that makes sense with your budget and your work goals, you also have to consider all of the factors that are beyond your control. Such as:

Even when they like them, editors take forever to approve pitches.

Even once they assign them, stories get killed because it turns out the sky is blue and the editor wanted it to be green.

Even when they like your story, editors quit their jobs (or more often, their jobs quit them) and your assignment gets lost in the shuffle.

Or entire magazines fold and there is no shuffle for your story to even get lost within.

Pretty much all of this happens to me every year, so there is no point in pretending that it doesn’t. You have to plan like it’s a given that all of these things will happen. We call this rate of attrition and I’ve ball-parked it at about 25 percent of my workload every year.

Yes. Of all the work that I line up in a given year, about 25 percent of it does not happen because of one or several of the reasons outlined above.

Your Accrual Goal is how much work you need to line up in the next year to ensure that you still hit your income goal after you lose that 25 percent of assignments to all of those mysteries of the universe factors.

If you’re new to this business, still building contacts and having to do a lot of cold pitching (not to mention, you’re still learning how to be a very good writer and thus, more likely to turn in drafts that miss the mark nottogiveyounightmares) you should probably set your attrition rate even higher — maybe 30 to 40 percent. I know that sounds daunting, but it’s better to plan for the worst and then be surprised if your attrition rate is lower and you make more money than you expected. Nobody hates when that happens (as long as you set aside 30 percent of every paycheck for the IRS – but more on that in a future post).

Because of course, you’re currently terrified by that income goal + 25 percent number. Who could ever line up that much work at once? You can’t. But if you divide that number by four, you’ll get your quarterly accrual goal. And if you divide that number by twelve, you’ll get your monthly accrual goal. (This is how math works: Your monthly goal should be your quarterly goal divided by three. You’re welcome.)

Just in case I’ve lost you, let’s pause and play with this in Real Numbers.

Caveat: I’m picking a random salary out of the sky right now. This is not what I make. It is not what any specific freelance writer I know makes. It is entirely possible to make very much more than this and also very much less than this, depending how good you are, how established, and (most crucial) how much you want to work.

I’m just giving us a nice round number to play with right now because I know everyone learns differently and you might be utterly confused by all of the words I’m using right now.

3. Break Out the Accrual Goal.

Here’s a very important fact: Even if everything goes perfectly all year long and your assignments never get killed, editors never get fired, magazines never fold… the average assignment takes three months to pay. The story you get assigned on January 1 won’t pay your January rent. Hopefully, it will pay your March rent. (That’s why you need a start-up fund to get you through the first three months, remember?)

That also means that if you haven’t been paid for a story by September 1 of any given year, you can pretty much assume that you will not see that money until the following calendar year. That is why a freelance writer’s calendar runs from September 1 to September 1. I call this my Accrual Calendar, and I divide my year into four quarters accordingly (each starting on September 1, December 1, March 1, and June 1).

The great thing about this schedule is that if you do it right, you can work less in the summers, which I love. The fall — aka Accrual Quarter 1 for 2013 — is your big deal time. Every story I’m booking right now is helping me set up a successful 2013. But since it’s also early in the year (yes, early. September is the new January.) it’s when I focus on trying for some of the bigger fish on my professional goals list — because if they don’t pan out, I’ll have time in Accrual Quarter 2 to make up that ground with easier-to-catch fish. So hopefully, Quarter 1 starts off strong, but either way, in Quarters 2 and 3, I buckle down and bring in the work, write the work, submit invoices for the work, rinse, repeat.

Ergo by Quarter 4 (June 1 to August 31), I’m usually well on my way to hitting my total accrual goal for the year and I can blow off on Fridays and go to the beach. (Sort of.) By September 1, I’ll know — usually within about five grand — how much money I’m making for the calendar year (since the IRS counts your income that way and doesn’t know about the accrual thing) and I’m ready to jump into Quarter 1 of 2014.

So now that you know your goals and you understand the accrual calendar system, trot over to your Google Calendar, your bulletin board, your bathroom mirror or any other place that you look at Every. Single. Day. And post that list of financial goals and give yourself due dates for each one. I like the Google Calendar approach, so my monthly financial goal appears in red on my calendar every Monday. I know that sounds like a horrific way to start the week (and some weeks, it is!) but it’s also highly motivating — and I’ve learned the hard way that unless I force myself to face my goal every week, it’s easy to lose track.

As I bring in assignments, I subtract them from the goal in my Google Calendar, so I can see how it goes down over the course of the month and can be excited/depressed accordingly and stay on track. This sounds scary but it’s incredibly liberating: Knowing how much money you need to bring in every month and at every point during the month means you know how much time you need to spend pitching (vs. working on already-contracted work) and at what point you’re in a position to turn down work because you’ve already hit your goal for the month and insanely busy. Yes, that really does happen.

Beyond accountability, there’s another good reason to set monthly goals: It lets you take a close look at the whole year in advance and think about what’s realistic for every quarter and every month. Going back to our fake numbers: Sure, if you were a freelancing robot, you could accrue exactly $5,208 per month and not a penny more or less. But maybe you’re going on vacation in February. Or you want to take off a good chunk of time around the holidays. Or, like me, you want to work less in the summer. You look at your goals and you look at your life and you adjust accordingly. That means you’ll have some months where you’re bringing in maybe $7,800 or even $10,000 and other months where you’re easing off and only bringing in $3000 to $4500. I deliberately set the accrual goals higher in Quarters 1-3 than Quarter 4, both because I like summer and because even if Quarter 4 fell in the dead of winter… I wouldn’t want to be stressing that I left my accrual goals for so late in the year and then have to scramble to make it happen.

So that brings me to an important footnote: Here I am, enlightening you about the beauty of the Accrual Calendar — and Quarter 1 of 2013 is already over. I’m the worst, right? But really, all you have to circle back to step 1 in this post and re-assess your income goal. Ask yourself how much work you’ve lined up so far this fall and count that as Quarter 1. Whoops, maybe it was a little slow. Now tweak your following quarters so you can still hit your mark. Bump up Quarters 2 and 3 to make up the difference (don’t weight it all in Quarter 4!), but also be realistic. Maybe you need to reconcile yourself to earning slightly less next year because you’re still building momentum… but you can focus on the fact that now you have this plan in place, you can set a way bigger goal in 2014.

Okay. If you stuck with all 1856 words of this post, I am already so proud of you. Fire away with questions — I’ve explained this system before, but it’s the first time I’ve committed the whole thing to writing and I want to make sure it’s not coming out all crazy talk.

And no, we’re not done with the business plan! But I think this was the mathy-est part, so phew.

*Well, they might have been a waste. I cannot recall any steps of a quadratic equation. But let’s assume trying to understand them somehow informed my ability to work out an accrual budget?