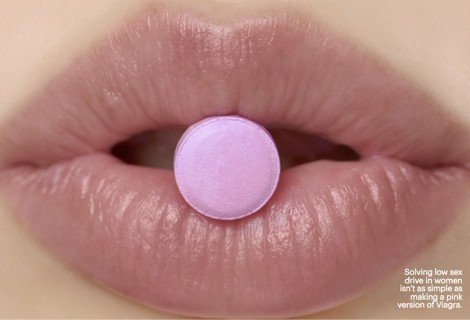 As a journalist, you always try to go into a story unbiased — but the truth is, we all of us have biases, almost all of the time. It’s unavoidable. You’ve got some kind of back story that brings you to the subject and that informs how you choose your sources, the questions you ask them, and how you write the piece. Of course, if you’re good at your job, you play devil’s advocate with yourself the whole time, ask both sides of the debate equally tough questions and stay open to having your mind changed. But that doesn’t happen terribly often. (See: All of the evening news.)

This might be the first feature I’ve ever written where I honestly did not have my mind made up. I mean, as a woman, a feminist, and a married person, obviously, I have pertinent back story (and no, we’re not getting into it here). But even after spending months reporting this, interviewing tons of different researchers and regular women, I have not found a good answer to the question I explore in this new investigation, out now in the December issue of Marie Claire: Do we need a female equivalent of Viagra?

Pharmaceutical companies — as well as many doctors and scientists who conduct research for them and many women who have participated in their studies — say hell yes. Women who are unhappy with their sex drive should have the same opportunity to fix that with a pill as men do with erectile dysfunction. Anything less is a double standard.

But lots of feminist sex researchers — as well as the women they treat — told me hell no. They say you can’t compare low libido with inability to get or sustain an erection; it’s apples and oranges (or maybe bananas — ha, sex story double entendre!). And maybe this whole concept of a “low” sex drive has been invented, or at least fueled, by a culture that tells women we’re supposed to be sexually available at all times (but not to act like we really want it, because that would be slutty). Those Viagra commercials, now that you mention it, really aren’t helping either. We’re given mixed messages about our sexuality from the time we buy our first bras (if not before), so is it any wonder that by the time we’re all grown up and in functional relationships, sex has stopped seeming fun, easy, and uncomplicated? And that kind of question requires a bigger social and cultural conversation, not a pill, to solve.

After going around and around on these questions, I’ve come down to the wholly unsatisfying conclusion that maybe, both sides are right — and wrong.

I don’t believe that drug companies have our health and well-being front of mind; they’re seeing dollar signs because Viagra & co are huge rainmakers. But I also understand why any woman might want to try a pill to get her sex life back to where it used to be, or where she and her partner think it ought to be. It’s just too sad to think about an otherwise-good relationship crumbling over this one issue. Plus if it works, it’s a hell of a lot easier to take a pill than it is to question where all your ideas about sex came from in the first place. Because what the other side hasn’t really figured out is how to address these problems in ways that really work for couples, especially those who don’t have the time, energy or inclination to invest in intensive therapy.

Then again that “if it works” is a really big if. Pills are not perfect solutions and they carry big risks. Despite the provocative headline and intro to my story, one conclusion I did firmly draw is that, actually, the FDA is doing its job by being so slow to approve a female sex drug. The drugs being studied now haven’t posted particularly stellar results and there are real risks to consider. This is not to say there’s never been a double standard at work here; the FDA was ridiculously hasty when it approved Viagra after just six months of testing! But I do not love how the pharmaceutical industry has co-opted feminist rhetoric on this one. I even had one drug company researcher tell me that he worried desperate women would turn to dangerous “back alley sex drugs” if we didn’t get one on the market ASAP. #yeshewentthere

This is kind of like that time I wrote a whole story about the health risks of birth control pills and then concluded that I’d probably end up staying on birth control anyway, because I couldn’t find a better alternative.Because even if the drug industry is being kind of sketchy about it, they are working towards giving women options. And when it comes to sex, it’s safe to say that women could always use more options and more opportunities to feel empowered. The depressing spin on this story is that I still don’t know how we solve this problem. But I prefer to think of it as: Draw your own conclusions.

Do we need a female Viagra? Read my piece (online or PDF) and tell me what you think.