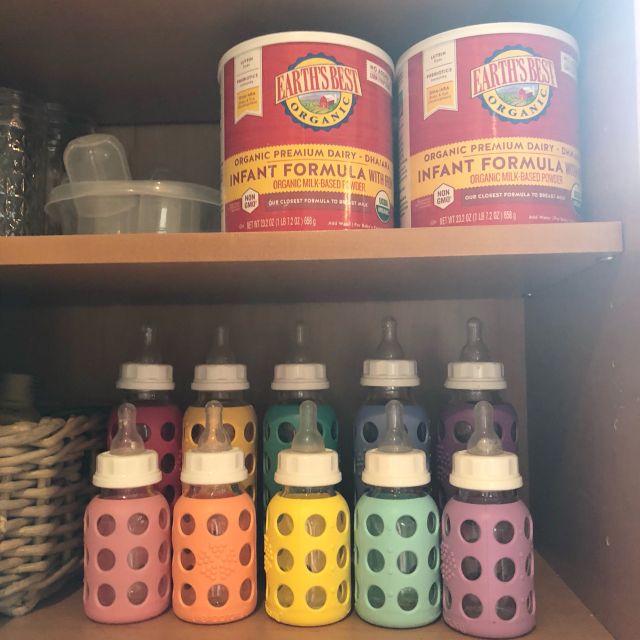 If you’ve followed my work for the past few years, you know that feeding our first baby was…fraught. Also terrifying, heartbreaking, and ultimately, rewarding. But never simple. I spent last year thinking a lot about how we learned to feed Violet, mostly because I was writing my book at the same time. But also because I was pregnant and quietly dreading the fact that I was going to have to do it again.

I wanted to breastfeed again. But I don’t think I had the greatest reasons. It wasn’t really about the baby’s health: I’ve been through the scientific literature enough times to know that as long as you have access to safe drinking water, breast is not necessarily best or even all that much better than formula. (It offers some immune system-boosting advantages, but that’s something of a wash with the fact that formula is a more reliable source of iron and vitamin D. All the stuff about its ability to boost IQs and prevent obesity is pure correlation. Hanna Rosin’s 2009 article reviewing the evidence is still my favorite if you need more details.) It also wasn’t a feminist thing. I get that breastfeeding is, for many mothers, a profound way to celebrate womanhood. I also see how much it complicates a couple’s ability to equally share parenting responsibilities. And it doesn’t save money because my time has value.

No, I wanted to breastfeed because I failed at it before. If it worked this time, I might feel a restored sense of confidence in my body. I would get to have those sweet moments of nuzzling a newborn that I missed out on the first time around. I would be able to say I did this. I know what this is. I’m part of this club. It’s human nature to crave belonging. But I was worried about the risks of wanting this thing so much. How would I feel if it didn’t happen?

So as much as I wanted to breastfeed, I also never again wanted to feel solely responsible for feeding a baby. It’s not how we parent. There are no specialized jobs in our house, except the childbirth part (me) and trimming baby fingernails (him). Plus, you know, having already experienced the crushing devastation of trying to feed a baby only to discover I was unknowingly starving her for several weeks… I was going in this time with a backup plan. We read up on combination feeding. (This article was a game-changer; the Fed is Best Foundation also has many useful resources.) And we went to the hospital with a stash of newborn formula in my bag.

Beatrix latched painfully well within a few hours of birth. She also cried most of her first night and around 3am, I asked the nurse if we could try a bottle. She brought one, Beatrix drank 20 milliliters of Enfamil, and we all got some sleep. Then I tried nursing again. We continued to offer tiny amounts of formula after most breastfeeding sessions for the next few days while my milk came in. The hospital lactation consultant told me this would confuse my baby and make her less willing to latch — despite the fact that Beatrix was latched onto my breast during our conversation. There were two early nursing sessions where Beatrix did seem annoyed to be getting my breast instead of the bottle. But since you nurse healthy newborns around 400 times a day, these quickly blurred. Having the bottle as a safety net during those first few days helped me panic less about whether she was getting enough to eat. It gave me a chance to shower and sleep for a few hours. That ounce of formula made me feel like I could continue to figure out breastfeeding, even when my body hurt in a hundred different ways. Once my milk came in, we used formula less; maybe an ounce or two every 2 or 3 days. And when Beatrix regained her birthweight by her two week checkup I cried because I was so scared, but I did it anyway and so now I know: I can feed a healthy child.

After the four week mark, we began a more conscious effort to offer a bottle daily. There was a week or so of troubleshooting while Beatrix mastered bottle feeding for real. By three months, she was still eating every two hours. So in the last two weeks of my maternity leave, I began to consciously space my breastfeeding sessions out to every four and then every six hours, and gave bottles whenever she was hungry in between. This is when she started to take bigger bottles, working her way up to 4, 6 and then 8 ounces.

In my first two weeks back at work, I nursed four times a day: First thing in the morning, lunch-ish and bedtime, plus one overnight feed. Then we started to wean night feeds in the hopes she would sleep more (it has only sort of worked). And I dropped the lunch session because her nap schedule was still so unpredictable. I had a few days, just before Beatrix turned four months old, where our nursing sessions were suddenly shorter and fussier and I thought going from four to two feeds was going to tank breastfeeding. But even though Beatrix was now taking three full bottles a day, she continued to want to latch on when I offered, and so we kept going for another month.

Beatrix is five months old tomorrow. Last week, I dropped our evening nursing session because it was feeling difficult to fit into our pre-dinner rush. This morning, she turned me down for the morning session, fussing and grumbling until I reached for the bottle I had waiting because I already knew: We are done. I don’t think Beatrix will miss it; she loves her bottles and she’s certainly not getting held or loved by me any less. We’ve also started solid foods and that is proving to be its own remarkable joy and making this feel like a logical, even graceful stopping point. But I’ll miss that sleepy morning nursing, snuggled up together at 6am, watching the sun lighten the woods behind our house. The end of breastfeeding is bittersweet, not because I failed this time — but because I didn’t. I have loved breastfeeding this baby. It worked this time. And now we’re choosing to stop. It’s the same kind of satisfied sadness I get when I’m near the end of an amazing novel but don’t want to stop living in that world just yet.

Our version of breastfeeding success doesn’t match up to the cultural narrative about it. I broke a lot of rules (just ask that hospital lactation consultant). And part of me hoped Beatrix would nevertheless want to nurse part-time for at least six months, maybe even her whole first year, or even longer. I wanted to be able to say see, this can work too. Because I think we make breastfeeding too hard when we expect such relentless devotion to it. This is not to say exclusive breastfeeding doesn’t work — I have many friends who have done it and loved it and it’s a choice worth supporting in every way we can. But it’s not right for everyone. And breastfeeding doesn’t have to “fail” for that to be the case. So we need other narratives too. We need to know there are many right ways to feed and love a baby.

Over the past few weeks, I grappled a bit with the fact that my way was clearly going to have a shorter shelf life than I hoped. My way is not what most lactation consultants advise. It’s maybe not a way that would ever work for anyone else, because every parent and baby is different and has to find their own way through the feeding relationship. And here is where I find myself on firmer territory. Because I’ve spent the last four years thinking and writing about how important it is to eat according to your own needs and instincts, and not by any external rules or expectations. That’s the lesson that Violet taught me, when we learned together how she could eat again. That’s why I spend so much time trying to dismantle diet culture and elite foodie dogma.

When I worry about whether I breastfed “long enough” or whether I should have limited Beatrix’s bottle size, or pumped more often to keep up my supply… that’s all coming from the “breast is best” rhetoric about what women have to do to be good mothers. Those rules don’t apply here. Just like weighing yourself becomes irrelevant once you’ve decided to stop dieting. I didn’t make it into the club I thought I wanted to join, when I thought about doing this again. But I succeeded at breastfeeding this baby. So I know now, what that is.

Tweet this: “The end of breastfeeding is bittersweet, not because I failed this time — because I didn’t.” From @v_solesmith’s weekly; get it at https://tinyletter.com/virginiasolesmith.