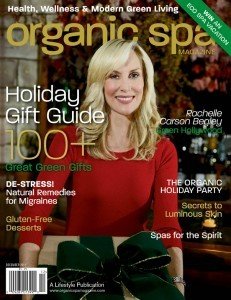 Here’s a fun one that I wrote for Organic Spa Magazine, a new mag about all things eco-beauty and wellness. It’s no secret round these parts that I live with migraines or that I’ve actually had to go the fairly aggressive route to deal with them and the related issues. There was that surgery, which, alas, is turning out to have mixed results. Plus my neurologist injects my shoulders, neck and scalp with 25 to 30 shots of Botox every three months, which makes me feel vaguely like a car getting its oil changed (oh so painfully) but does seem to be working.

But before I got to the big guns, I spent over a decade treating my migraines with a variety of lesser guns, including plenty of alternative therapies. And I’m a big fan of trying the alternative route as long as you do your homework first and don’t just randomly try stuff because your best friend’s aunt’s mother says it totally worked for her. That’s the way to crazytown, where people make themselves sicker by believing everything has the potential to be a miracle cure and then getting really disappointed when, not so much.

So. If you’re dealing with migraines and curious about the less-invasive, less-pharma-dependent stuff you can do, give the article a read here and be sure to check out the rest of the magazine on newsstands or over here. But promise me that you’ll run any ideas by your doctor first, get referrals for reliable practitioners and don’t do things just because they worked for me. (Well that part is easy – almost none of these actually did work for me, but that is not to say they don’t work for many people! Just that migraines are fickle little bastards and it’s important to manage your expectations about what recovery will look like.)

Do you get migraines? What works (or doesn’t) for you?