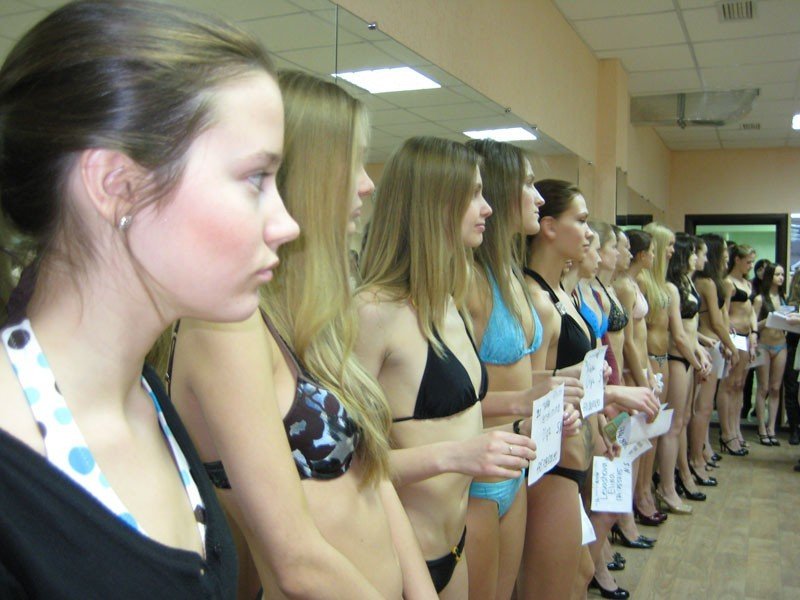 Regular readers, forgive me: I know I’ve already told you about why you need to see the documentary Girl Model (like when I said that here and also here). But New York-area readers, attention: The film is currently playing at the IFC Center through next Thursday, so you should totally go. It’s provocative, heart-breaking and beautifully made, and if you don’t believe me, go read this lovely post by Kate on Eat The Damn Cake.

Directors David Redmon and Ashley Sabin also just finished a successful Kickstarter campaign to fund educational screenings of Girl Model at high schools, universities and non-profits. (Oh and the film will be screened on PBS in 2013 — I’ll let you know when.)

This is so important. Because, as I’ve written before, what Girl Model does so brilliantly is connect this “why are we so obsessed with beauty/youth/skinny?” question to larger socioeconomic issues. It shows how these models — as in real, live, human girls — become sexualized, objectified commodities: Small, light, and easy to ship around the world at the whims of the global economy. Not to mention the male-dominated agencies who profit off them directly.

As a writer, I keep finding myself drawn to stories of women thinking that beauty is somehow their best chance of financial and personal success: This is what led me to beauty school, and to Mary Kay, just for starters. It’s how we’re conditioned culturally and socially all around the globe. And I know we’re in the age of the end of men (and I’m going to have thoughts for you about that soon — reading the book now!). But the woman-dominated economy we’re left with isn’t about women taking over for men, exactly. It’s about women having more and different options to work because we take jobs that men don’t or won’t. For sure, the average 13-year-old boy in Siberia can’t put on a bikini and be whisked off to Tokyo to work long hours for low or no pay, while dealing with the kind of sexual and emotional manipulation that would daunt someone twice his age.

But the fact that a 13-year-old girl in Siberia has this door open to her hardly feels like a victory.

For more, check out Scouted, the Op-Doc video that David and Ashley made for the New York Times.