And Now for Something Completely Different (Yet the Same).

Home Happenings And Now for Something Completely Different (Yet the Same).

And Now for Something Completely Different (Yet the Same). 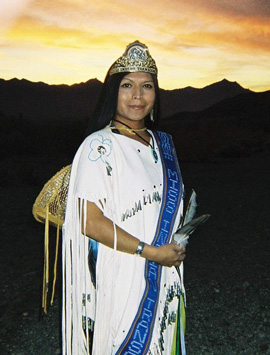 Just spotted this — shall we call it the softer side of the pageant world? — on Feministing. The 2010 Miss Indian Transgender Arizona Pageant will be held on December 13th in Phoenix. Tickets are $10 and the goal is to raise awareness about issues facing the Arizona Native American Transgender community. There’s an interesting Q&A with the pageant founder over here and more info about the pageant here.

But I’ll admit, I’m conflicted. Sure, this is for a great cause, but pageants are still about setting a standard of beauty and judging contestants by how well they adhere to it. Wouldn’t it be hypocritical to criticize traditional beauty pageants but get on board with this one just because it’s putting a different standard into play? (And is it really even that different, or just offering the usual standard of female beauty to a new group of contenders?)

Or is this a clever way of subverting the tradition and claiming it for people who would never be able to compete in the mainstream pageant world?

I want it to be the latter. And if Ricki won wearing only her own teeth, that would help me out a lot.